Under the invitation of the Taiwanese government, Mr. Kou-Chang Lin, founder of Chiao Thai Hsing Enterprise Co., Ltd., returned to Taiwan in 1953 and founded Chiahe Flour. The mill was set up near Nangang Train Station in provision for the transportation of wheat, and the latest flour production equipment was imported from the United States. Under the leadership of Mr. Lin and the collective efforts of all the employees, the “Chiao (僑),” chrysanthemum, gladiolus logo became a household brand. Today, it is still the preferred brand for many established stores. With the increase in sales and revenue, the Company was able to upgrade its equipment on numerous occasions, such as introducing German MIAG and Swiss Buhler flour mills. The Company also centered resources into enhancing quality management by passing SQF (Safe Quality Food) Level 3- the highest level certification, ISO 22000, HACCP, and Taiwan Quality Food (TQF).

With the development of the Nangang District, residential housing began filling the empty space surrounding the mill. To achieve sustainable development, the Company branched out to Yangmei, launching its second mill and introducing the latest Italian OCRIM flour mills. Under the seamless collaboration between the Company and equipment vendors, mill establishment including equipment installation, testing, and mass production was completed in 2011. The products manufactured in the new plant were approved by the customers.

The Company aims to provide its customers with healthy, natural, safe and trusted flour products. It combines excellent traditions and production techniques with the latest technologies and scientific procedures to research and develop, produce, test, and innovate its products. Moreover, the Company values fulfilling its corporate social and environmental protection responsibilities. 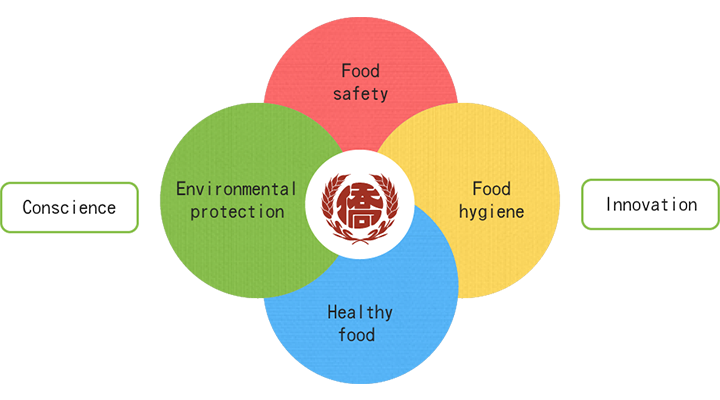